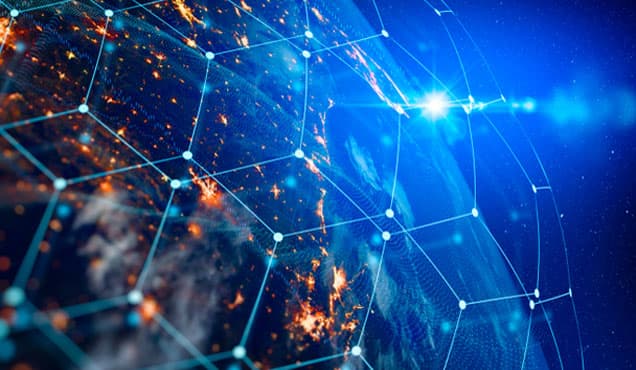 Pantheon Group – Romain Braslavski and David Elliott joined the investment manager of IG Partners to establish and lead a new real estate strategy. Braslavsky, who was most recently Managing Director at GI Partners, joins as a Partner and Director of Pantheon Real Estate, while Elliott, more recently Managing Director at GI Partners, joins as Managing Director. The team will be based in New York. Pantheon’s real estate strategy is developed as an extension of the company’s established global infrastructure and real estate asset platform. He will initially focus on secondary opportunities.

CBRE Global Investors – Sondra Wenger has been hired to serve as the Head of the Commercial Operators Division for the Americas. She will operate out of the company’s New York office. In this role, Wenger is responsible for the execution and operation of the company’s office and retail assets in the Americas. She is a member of the company’s investment committee for the Americas. Prior to joining CBRE GI, Wenger served as a senior executive for institutions including CIM Group, General Electric and Equity Office Properties. Wenger is currently a member of the board of directors of CA South and American Ventures. Nick ito joined the company as managing director and senior initiator. In this role, Ito will focus on deploying capital on behalf of the Americas credit division and will be based in Los Angeles. Before joining CBRE GI, Ito spent 15 years at MetLife, where he was responsible for commercial mortgages in the Los Angeles office and responsible for the West Coast debt fundraising. Prior to MetLife, Ito was an evaluation partner at PwC and Deloitte.

Greystar real estate partners – Frisby Quarter has been appointed Director of Development in Ireland. Frisby will support Greystar’s growth plans in Ireland by managing its growing development pipeline and the delivery of new multi-family assets in and around Dublin. Frisby will be involved in all future development projects in Ireland and his appointment coincides with the completion of the final phase of the final phase of his first rental housing program in Ireland, Quayside Quarter. Frisby has advised several real estate funds in development management and was previously responsible for real estate at Harvey Norman Ireland. He also held the position of Director of Construction at Quinby Properties and began his career in commercial real estate as a Project Manager at Bennett Construction.

Property of Cromwell – The investor and property manager promoted Justyna filipczak at the head of Central and Eastern Europe. As interim leader for the past several months, Filipczak has led and successfully led Cromwell’s COVID-19 response in the region. This included overseeing all tenant-client negotiations and lease renewals as well as the successful acquisition of 12 logistics and light industrial properties in the Czech Republic and Slovakia on behalf of Cromwell European REIT. Filipczak joined Cromwell in 2013 from GE Real Estate to become Head of Finance, CEE. She had a brief interlude with Multi Corporation in a similar role before returning to Cromwell in 2019.

CBRE – The global real estate advisor has appointed Andrew Hulme as Executive Director, within his UK investment property team. Hulme was most recently at BNP Paribas Immobilier where he led the retail and alternative teams. He began his career at CBRE, focusing on the retail occupant market before specializing in retail warehouse investment and out-of-town retail. In his new role, Hulme will focus on all aspects of retail investing with a focus on providing experienced advice in the ongoing repositioning of the industry. He will lead the UK retail investment team alongside Phil Cann, with a focus on out-of-town retail, Cann continuing to lead retail investment in London.

National Commission for Housing Finance and Investment – The Australian Federal Government agency has appointed Adrian harrington as president. Harrington, who heads the capital and product development of Charter Hall, will succeed the outgoing chairman, Brendan Crotty. His five-year term begins in July. Harrington is currently Chairman and Independent Director of the Australian Institute for Housing and Urban Research (AHURI). He will step down from this role. Kelvin ryan and Jane hewitt were also appointed part-time members of the NHFIC Board of Directors. Other appointments include Jennifer cunich as chairman and part-time independent director of AHURI, and Alexandra Waldren as a part-time independent director of AHURI, both for a period of four years.

RE5Q – Specialist in capital markets and fintech Fabien Vandenreydt joins the advisory board of the RE5Q technology platform. Vandenreydt was previously Managing Director, Global Head of Securities and Treasury Markets at FAST and serves as an innovation advisor for the Abu Dhabi global market. Other roles include Managing Director, at Capco, a capital markets consultancy firm, and Vice President, responsible for product management for communications services at JPMorgan / Euroclear.

Bayerische Versorgungskammer – The German pension fund appointed Manuel Philippe Wormer to lead its global real estate investment management business. In this role, Wormer will be responsible for BVK’s existing and future real estate investments globally – with the exception of Germany, Austria and Switzerland, which are organized within the DACH team. Wormer continues to report to Rainer Komenda, who remains unchanged as head of real estate investment management. Since joining BVK in 2017 as a senior investment manager, Wormer has researched, underwritten and invested in real estate directly, as well as indirectly through investments in listed funds and platforms across all sectors, geographic areas and types of risks. Prior to BVK, Wormer was a portfolio manager at WealthCap / UniCredit. Wormer is an active member of the European real estate industry and is currently chairman of the training and education committee of INREV.

Federated Trust Hermes Property Unit – Federated Hermes International Trade Appointed Charles Maudsley on the committee of the Federated Hermes Property Unit Trust, which provides independent oversight of the fund’s activities on behalf of investors, in a non-executive role. As a member of the committee, Maudsley will also join the appointments, audit and wealth planning committees. Maudsley joins the 5 person committee which includes Sue Clayton, Frances Davies, Andrew McIntyre. Paul Clark is considering stepping down from the committee at the July 14 AGM. Maudsley is a strategic real estate advisor to Bridgepoint and founder of Alma Real Estate Consultancy. From 2010 to 19, Maudsley was a member of the British Land Board of Directors with day-to-day responsibility for the retail, leisure and residential portfolios. Prior to British Land, Maudsley was Co-Head of Europe at LaSalle Investment Management and sat on the global board of directors for the investment management business. This followed on from his role as UK real estate manager for AXA REIM.

ilke houses – The UK modular housing company has appointed alumni Crest Nicholson boss Patrick bergin as CFO. Bergin, who joins 15 years of experience in housing construction, rose through the ranks at Crest Nicholson where he held a number of management positions, including as the company’s COO from 2016 to 2018.

Previous Even with a combined income of over $ 200,000, a Toronto couple couldn’t afford a spot in the city. So they bought a $ 900,000 cottage in Bracebridge instead.
Next Focus on core business – Implenia sells Tetrag to swenex