Orange County has a new contender for a 100-acre site between Efland and Mebane that caught the attention of Texas-based Buc-ee last year.

The developer has not identified a company that could occupy the space, county planning staff said.

Since the current zoning allows for light industrial uses and warehouses, the developer only needs approval from planning staff to meet county development, environmental and building standards.

The county has manufacturing, assembly and distribution operations with low water requirements and which use non-hazardous materials among its light industrial uses. This can include companies producing wholesale food products; surgical, medical and dental instruments; furniture and paper products; household appliances; and other consumer goods.

The County Planning Council and the Orange County Council of Commissioners do not review projects authorized as of right under existing zoning.

The site is located adjacent to highways 85/40 between exits 160 and 161, and in the county’s business-to-industrial transition hub. It has public water and sewerage and is zoned for up to 2 million square feet of office and manufacturing land uses.

A site plan shows that the project could have three buildings of approximately 250,000 square feet and one building of 126,000 square feet. It would maintain a landscaped buffer zone around streams and wetlands in the southern portion of the property. Four stormwater basins could be located between the buildings and the highway.

About 32 acres would remain undeveloped, in addition to areas designated for stormwater ponds.

The main entrance would be next to the US 70 Connector across from Ben Johnston Road, with an emergency access driveway from Mt. Willing Road. The parking lot could accommodate up to 596 vehicles, including 95 trucks.

The project could generate approximately 217 new trips during weekday morning trips and 161 new evening trips. Future studies would determine if traffic lights are needed at the intersection of Ben Johnston Road and I-40/85 ramps with the US 70 connector.

Buc-ee retires and moves to Tennessee

County staff members began reviewing the project on Wednesday. Staff meetings are not open to the public and there is no deadline for making a decision.

Buc-ee’s filed an application last year to build a 60-pump gas station with a 64,000 square foot Buc-ee’s travel center as part of the proposed Efland station development. The long-term plan for the property would have added 425,000 square feet of retail, office and hotel construction.

The county had estimated that the $ 40 million project could create 200 full-time jobs and generate up to $ 1 million in local land and tax revenue in the first phase.

Only the travel center was banned under the current zoning.

The project has been the subject of strong public criticism for its impact on the environment and on Efland’s local small businesses. Thousands of residents signed a petition and others staged rallies in Hillsborough organized by the newly formed grassroots group A Voice for Efland and Orange to oppose the project.

Buc-ee’s withdrew its request in February after two public hearings and a list of commissioners’ conditions, including a request for a smaller travel center.

Stan Beard, director of real estate for Buc-ee’s, told the planning department in a letter that the company decided “Orange County just wasn’t the right fit for Buc-ee’s.”

Buc-ee’s has since announced plans to build the world’s largest convenience store in eastern Tennessee, about 50 miles from Cherokee. The project is a partnership with the eastern band of the Cherokee Indians.

No other potential site in North Carolina has been announced.

More buildings, desires of the community

The citizens’ group changed its name after the announcement to A Voice for Orange County and refocused its efforts on amending the county’s plan for light industrial and manufacturing uses along the I-85/40 corridor. Some areas surrounding the county’s 900-acre Buckhorn Economic Development District, which were previously designated for business growth, are no longer on the table.

The remaining concern is primarily Zone A, a few hundred acres between I-85/40 and US 70, of Buckhorn Road approximately north of the I-85 weigh station. They are also keeping an eye on West Ten Road, south of the freeway, where Medline is completing construction of a 1.2 million square foot distribution center in the Buckhorn EDD.

Steve Brantley, director of economic development for Orange County, noted that it’s not uncommon for construction to begin in a distribution center or industrial park without knowing which tenants will move in.

A similar situation is occurring on 46 acres near the intersection of West Ten and Buckhorn Roads, where Orange County installed water and sewer lines a few years ago, he said. Mebane annexed and rezoned the property in February for 675,000 square feet of warehouse and light manufacturing space in two buildings.

Ohio-based developer Neyer now has the project under construction and looks north on 121 acres along I-85/40, behind the Petro Stopping Center on Buckhorn Road. Part of the land has already been annexed by Mebane, and a rezoning request has been filed for five light industrial buildings and warehouses, as well as a new fire station.

Orange County is struggling, in part, because businesses are looking for a building or site with zoning and utilities, Brantley said.

“If you have a business park in the works, like this Efland site or the Neyer property near Petro, then I would say something could happen that could be distribution,” but offer high salaries and a big investment capital, he said.

“Or it could be what’s going on right now at (Research Triangle Park), where you have a building that’s either built for distribution or has been used for distribution and has been released, and then all of a sudden , biopharmaceuticals are involved, ”he said. noted. “The biotech-pharmaceutical entry into County Durham / County Wake region is exploding.”

Jared Cates, an organizer for A Voice for Orange County, said the proposed Efland Industrial Park wasn’t the retail, restaurant, hotel and office space residents wanted, but they “still have the impression that it would be better than that of Buc-ee “. They remain concerned that the industrial park has too much impermeable surface at around 1.8 million square feet of buildings, roads and parking lots, he said.

“Retail, restaurants, banking – it was all supposed to be part of this second phase of Buc-ee, but we were all convinced that this second phase of Buc-ee would never have happened,” said Cates. “If anyone wants to see this beautiful estate go to something, it would be something that would be more useful for the community, which might have local businesses. Seeing that everything is going to industry and parking is really disappointing.

Tammy Grubb has been writing about politics, people and government in Orange County since 2010. She is a UNC-Chapel Hill alumnus and has lived and worked in the Triangle for over 25 years. 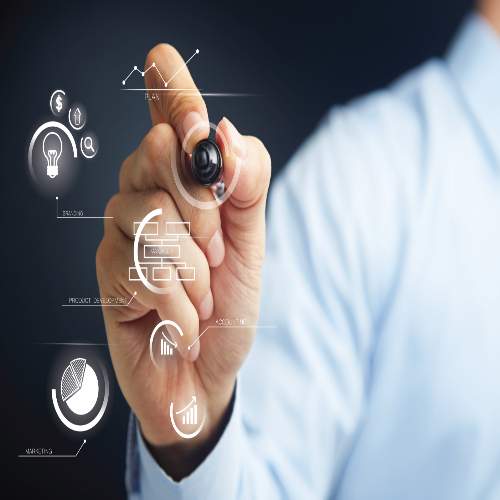